We were asked to invitations for a 40th Wedding Anniversary celebration.

We knew that 40 years is the ruby anniversary, so used red as the highlight colour.

The invitation design was kept very simple, with a small graphic added to hold the design together.

Meaning of the ruby wedding anniversary

You’re well on your way to half a century together.  For the 40th anniversary, it’s all ruby everything.

From the traditional and modern gifts to the gemstone and color, ruby is the name of the game to celebrate the big 40th. Symbolically rubies run the gamut from beauty, protection, wisdom, and power.

Nasturtium represents the traditional flower, which is the only non-ruby custom for this wedding anniversary—though it does come in several scarlet hues.

A ruby’s incendiary looks are often associated with passion and the eternal flame of love, and we couldn’t think of anything more appropriate for celebrating two decades of marriage. So the redder, the better for these gifts.

A few months later, we were asked to design an invite for a 60th Wedding Anniversary celebration.

We decided to use the same invitation design as the 40th one, but changed the colour to silver, as 60 years is a diamond anniversary.

Meaning of the diamond wedding anniversary

Sixty years—60 years!—of a successful marriage is something to celebrate.

For a relationship to outlast six entire decades and still be going strong it must be invincible, your love unbreakable, and your patience indestructible. We’re talking diamond strength. That’s why this epic wedding anniversary is celebrated by the hardest and most coveted gem. Diamonds as traditional gifts, diamonds as modern gifts, diamonds as the commemorative gemstone, and diamond-white as the color of the year.

It takes the existence of powerful forces to create a diamond, and a milestone of such epic proportions only deserves to be outfitted by the strongest of jewels. And, since diamonds are forever, why not make your 60th-anniversary gift one with purpose? Consider pieces that you can see becoming heirlooms for your family—possibly serving as a future engagement ring for generations to come. 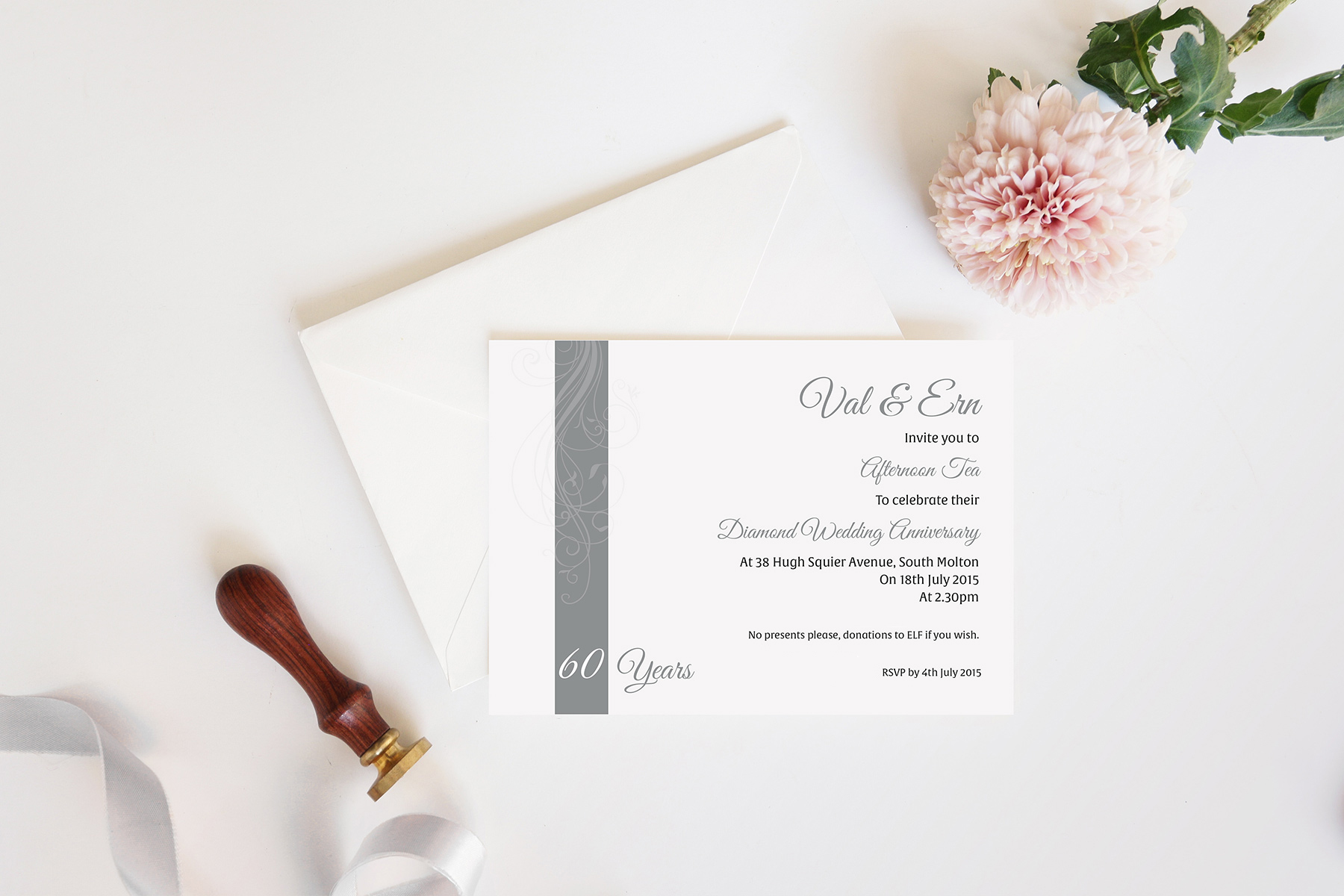